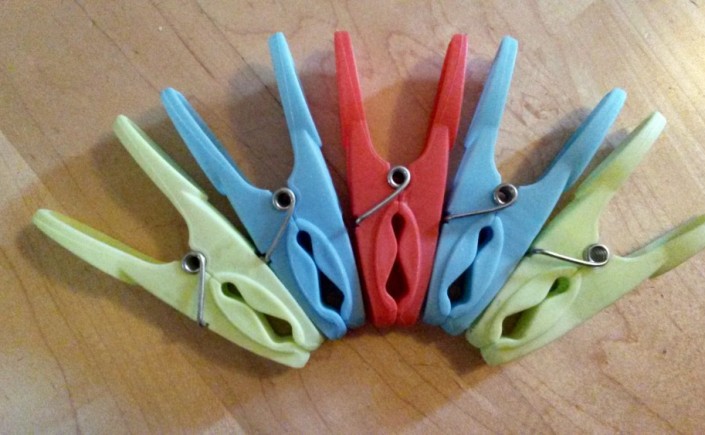 I was peacefully (or to be honest, “excitedly” is more like it) watching an opera the other day, when suddenly, … 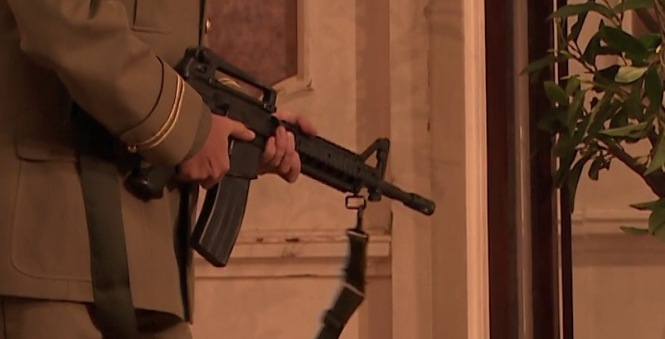 And my heart skipped a beat.

DISCLAIMER: I am the paradigm of a flawed person. This post is not about demanding perfection or measuring people to standards I would never manage to fulfill myself. Also, I am fully aware that no one can possibly know everything. Yet, what I always consider to be recommendable is to acknowledge one’s absence of expertise on a topic, and just to start asking around.

If you happen to know which opera production I am referring to, so be it; yet let me stress I am not writing this to make people feel bad or to make this appear in the relevant Google search terms.

If I can be of any help to anyone and spare them (further) embarrassment and thus, secure their jobs – you’re  highly welcome.

A word of caution: There might also be the possibility that in the specific opera production, it was deliberate – to show that the character has forgotten about even the basics of his training. In this case, I am posting this so more people might get the joke, and to explain to others how to do it right – or wrong.

In short: The way pictured above is not how to put an ammo clip into an M4. It is the weapon-equivalent of something like this:

Ammo, ammo clips, and why some are curved

Ammo clips are always put in so they are curved towards the front. To explain why this is the case, let me show you a cartridge first. This isn’t for an M4/M16; it’s slightly bigger, and it’s for a hunting rifle, but you see the same basic elements: The little thing on top, like a sharp thimble, is the actual bullet that is fired. The rest is the case that packs the powder, plus the base which contains the primer. (To be nitpicking, there are primer and rim-fire cartridges. The M4 uses ammo that has a regular primer.)

You can see the primer here.

The little silver-coloured bit is the primer. You can also see the numbers that determine what kind of bullet it is: it’s a .30-06 (pronounced “30-aught-6” in English). The first number is the caliber (in inches), the second number, in this specific case, is derived from “1906” – the year the ammo was first introduced.

When the trigger is pulled, the primer creates a spark, and the gunpowder explodes; the pressure causes the actual bullet to dislodge and hurl towards the target. The little indent you see at the bottom is called the extractor groove; it’s relevant for the inner mechanism of the firearm.

I am sorry if I am starting with absolute basics, but considering the screenshot from the opera I won’t name, I think it might be a good thing to do.

Now take a look at this cartridge again:

The body isn’t quite cylindrical; it is conic. (The bit where I have my thumb is smaller in diameter at the tip before the steep angle than at the base.) Now imagine stacking a lot of these on top of each other.

In lack of ammunition at my own home, I chose clothing pins to highlight the basic principle:

You end up with a curvature if you go for optimal usage of space, and maximum contact of the cartridges. (You surely don’t want them to rattle around inside the clip, or cause the weapon to jam.)

By the sheer design of the cartridges, the curve is created towards the front, like a banana with the edges pointing away from you. The bullet is supposed to be aimed at the target, after all. 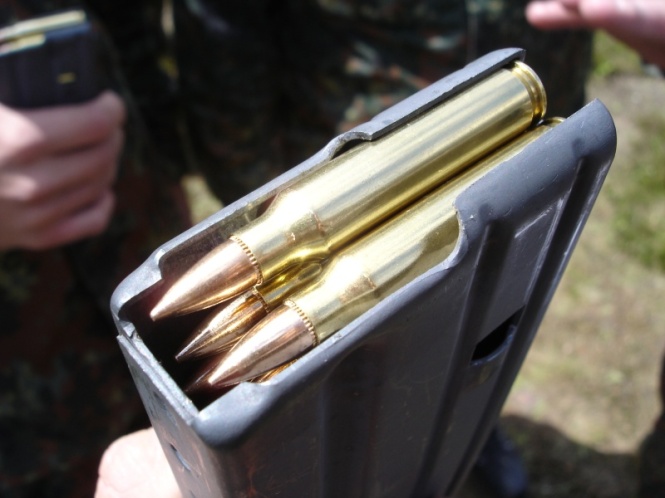 This way the cartridges are actually stored inside an ammo clip. (M4/M16 ammo clips come in different sizes, holding differing amounts of cartridges. All the larger ones are curved.)

The ammo clip is a light-weight item, mostly made of aluminium or similar. When it comes to ammo, weight is an issue, which is one of the reasons why the M16/M4 ammo is relatively small in size; it’s a compromise between weight, reach, accuracy, and many other things.

I assume it is an M4A1, as this is supposed to be a military context, and it has standard size for what I can see – like a shortened version of the M16. For reference:

The most significant difference between the weapons is that an M4 or an M16 mostly has two settings, one for automatic fire, and one for burst fire, while an AR15 lacks a full automatic setting.

What kind of ammo goes with an M4? And what does caliber mean?

The M4 and M16 use ammo called 5.56 x 45 mm NATO. What do these numbers mean? The first is about the gauge of the bullet, or, to be very precise, the bore size (called caliber); the second number can, but needn’t be, the length of the case (the part before the actual bullet begins). Yet this is where it is already getting quite odd at a closer look. Because, as you can see in the technical drawing that follows – the bullet diameter is actually 5.7 mm, not 5.56 at all, to start with. Why this is the case? Probably the ammo was first developed, then modified, and the nomenclature was kept. Yet there is another possible reason.

Rifles and handguns are – rifled. This means, there are spiral-shaped grooves on the inner side of the barrel, to stabilize the bullet in flight before it leaves the barrel by giving it a spinning motion. You have seen this before – remember the James Bond opening titles?

This is also why forensics rejoice when they find a bullet; the pattern the rifling leaves behind is almost as unique as a fingerprint. You can tell from which weapon a bullet has been fired. This rifling results in grooves and flat parts, called lands. So, depending on which measure you take, you end up with different values for the bore size.

Isn’t the curvature a little much?

It seems a bit more than strictly necessary to me. From the numbers given in this technical drawing, …

That’s not much. If you stack 10 cartridges on top of each other, the optimal curvature, for maximum contact between the cartridges, would be about 10 degrees.

Some reasons for the additional curvature

There are in fact many reasons to prefer a curved ammo clip for the ones above a certain length, and some reasons to curve it yet more than strictly necessary.

Imagine a straight ammo clip. Or if it was really curved this way:

Now imagine someone was to shoot in this position. The recoil could result in the shooter punching themselves in the stomach (or lower) in a rather undignified and painful way.

The right one again, so no one is getting confused:

There have been straight ammo clips, like the ones used with the MP40. It was a major flaw in the design. Instead of describing why the mechanism sucked, I will rather focus on why curvature is great:

I am sure there are a ton of reasons more why most of the longer ammo clips are curved. Please do comment, also do amend and correct me if necessary!

About the functionality of semi-automatic and automatic rifles, and the M4/M16 in particular, this is the most concise description I have found. It’s a historic instruction video for the classic M16, new at the time the video was made.

For loading, unloading and general use, skip to 5:15, for information about the cycle of functioning, go to 7:15.

I hope this post will be helpful to some in the theatre or opera world – firearms seem to be fashionable on stage these days, so you might want to get it right.

Also, it will increase the likelihood that people might want to be on your team at the impending Zombie Apocalypse.

The purpose of this site is only to entertain my friends with my rants about opera. If anyone owns the copyright of some pictures I used, please refrain from suing -- ask me first to take them out, and I will.

© Lankin and random ranting, 2010/2011, (contact me for my real name if you have an issue concerning copyright). Unauthorized use and/or duplication of this material without express and written permission from this blog’s author and/or owner is strictly prohibited. Excerpts and links may be used, provided that full and clear credit is given to Lankin and random ranting with appropriate and specific direction to the original content.